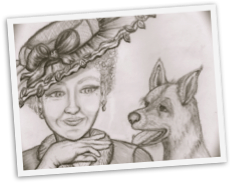 “Mon Dieu, what are they thinking?”

In the heat of the moment...

Last night a neighbor’s house caught on fire.  Not a small fire, but a three engine fire.

During the evening while watching a film, I smelled smoke and thought the local college kids must be up to something.  They like to have spontaneous bonfires.  In the distance, I heard multiple fire engines but I went back to the movie.  While getting ready for bed, I heard a chain saw and erroneously assumed those reckless college kids were once again up to something.  I threw on a jacket and walked a block over to see torrents of water and foam coming down the street and lights flashing.

Feeling like a, how shall we say... a jerk for assuming it was adolescent tricksters, I found a small group of onlookers which was peculiar given the magnitude of the emergency personnel onsite. Rivulets carrying foam and a firefighter hauling a great hose like a beast of burden were lit by the amber flashing lights.

Where were the neighbors?  Were the residents okay?  Was there anything I could do?  I saw a women on a cell phone and asked if she was the owner.  Pausing on her conversation, she thanked me for asking how she was instead of taking cell phone pictures.  I looked around and there were only observers or absent neighbors making an already sad scene disjointed and fractured.

Why do we spend so much time recording events and not participating in them?  Weddings are overshadowed by photo ops.  Parties are posing sessions.  Tragedies are fodder for the evening news.

It doesn’t take any investment on our part to be a voyeur.  We are protected from the emotional involvement and hardened to any empathy.  The compulsion to record a sunset instead of enjoying it has become the norm, but we can only observe it instead of being a part of it.  You won’t notice the soft light taking the edge off your day or breathe in the moister air of twilight.  It goes so quickly.

So, how can you take a moment and be a part of precious events instead of trying to record them.  Your thoughts, s’il vous plait....

-  Madama and her pet, Peeves

“Ordinarily, Madama is a very pleasant person but there are a few manner faux pas’ and ethic violations that unhinge her and drive her nuts.  Join her as she shares how to make our world a more civil place.”